I was watching the movie “Easy A” over the weekend. If you haven’t watched that, it’s a high school drama showcase on bullying featuring Emma Stone. I came across a really great article Bully by Kendall F. Person. That show and article got me thinking of the bullying I have seen and endured myself during school days and whether it has stopped once I have cross over to work life. Sad to say, it hasn’t.

It’s the truth, folks. Bullying does occur in workplace. If you haven’t felt it, you probably are either working in a fantastic workplace or a two-man company or you are happily ignorant. I have seen bullying barely at the surface and to the point of folks resigning their jobs because they no longer can face up another day of bullying.

Here are the types of bullying at work to help you to identify them:

1. Peer Pressure
There is work culture and there are peer pressure. Most of the times, peer pressure are well hidden under the context of team playing, fitting into the company’s culture etc.

In one incident I remembered, one of the teams in my previous company is organizing a barbecue as a team outing. The main aim is to bond as a team and rewarding them for their contribution. The thing is Sam* doesn’t really want to go because the location of the event is 2 hours away from his home and his wife recently gave birth and is facing difficulty adapting as a new mother.

He approached his manager with his reasons and asked to excuse himself. Some of the team members got wind of it and tries to coerce him into joining, even for a while. But when they fail, they begin to tease him that he is afraid of his wife and being a party pooper. On the week of the outing, everyone kept talking about the barbecue even during their weekly team meeting, thus effectively shutting him out. Sam confided in me that he has never felt more disappointed in his team than ever and his boss never lift a finger to stop them. 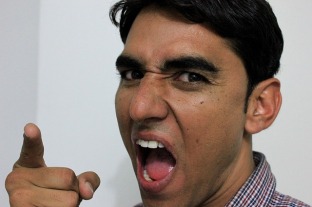 2. Because I can..
Power. Sometimes having too much power can turn someone into a monster. When comes to power, you instantly thought of employer and employee. Often as it might be, it can be of a different kind of scenario. The common ones will be like the boss is bias and likes a member more than the others or the boss is taking out on the new girl by piling her enormous amount of work.

I have worked with a Secretary who confided in me that she tends to conveniently “forget” to place someone’s stationary orders or “misplace” their message to the director if she don’t like the person. I’m fortunate I happened to be under her Like list. Or what about the shift scheduler who only assign weekend shift to folks with children or night shifts to new ladies staff? Or even the security guard who scowled at you every morning but beams at anyone else?

Yes, those are little things however little stuff like these ongoing for every single day will make or break your day.

This is commonly addressed in a workplace nowadays. People in the work environment are more aware and educated about harassments. However, that doesn’t mean it doesn’t happen anymore. It may not be as out right as someone touching you but it can be in a form of a dirty joke, a close proximity, name calling such as sweetie pie or even a persistent requests of date. As long as you let the other party aware that you are not comfortable in his or her antics, yet the actions remains if not increase, despite the warning, that’s harassment.

4. Social Insolation
This is usually a deliberate move by a leader of the group. And surprisingly, this move is more common in a bigger company than a smaller one. They know if they call you names you can report them to HR so they just choose to ignore you and your existence.

If there is a need to communicate with you, it is always in a form of email, hardly a phone call and never face to face even though the requestor is sitting opposite you. They will deliberately not inform you when the meeting room has changed or when it has postpone. If there is a spoken instruction from the management to back up your data over the weekend as IT department is shutting down the company’s server for maintenance, you definitely will not hear about it.

As one of my friend quoted, “I was away sick for the whole week and no one even noticed I was not at work, not even my boss. So from then onwards, I choose not to be on time for work anymore.” 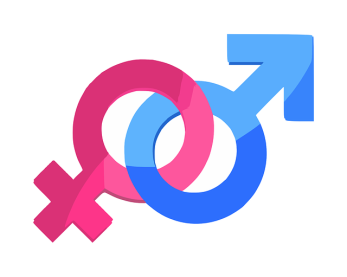 5. Gender Bias
It’s an age-old bullying where we are defined by our gender and not by our capabilities. I remembered the first time I joined an IT industry, one male colleague casually asked me why did I chose this industry to work in and whether I felt intimidated by the male dominance in the company. And don’t laugh, I have been turned down a job as a secretary before because I answered yes to a question if I want to have children one day.

More importantly, these days bias is also in the form of family bias. We automatically assumed that people with family is unable to do weekend shift or overtime work. It’s not true. I have learnt the hard way when I assumed that Alice* would prefer to not work on a weekend in order to have more time at home with her young children so I kept scheduling her on weekdays until she straightened me out directly. It turns out that she prefers to work on weekends because her husband works on weekends as well and her parents-in-law is more than willing to look after the children on weekends. My fault for not asking and assuming. A lesson learnt, an experience gained.

At one point or another, we might be guilty of doing some of the above, even slightest bit. We are not a bad person but always remember if you don’t like it to be done to you, the other person probably don’t like it too. Stop bullying at workplace. It’s bad enough that kids do it in school and you reasoned it as immaturity, it’s even worse when adults do it in workplace. A place where we are suppose to conduct ourselves professionally at all times.

A clear message to all my readers, if you are a victim or if you witness a bullying, please be verbal about it. Confront the bully or report it to your management or HR. Silence will not make the bully stop and go away.

Any comments? Please feel free to drop me an email at kally@middleme.net or follow me at Facebook MiddleMe.net.

*Not their real names

26 replies on “Bullying at Work”