The Power of Influencers

Influencers or I like to think myself as an Inspirer, has a great power of hypnotising you to do as they say. If you scoff at their magic in this belief, it is actually very real in our real world.

They are charismatic smooth talkers who can implant an idea in your head. In due time when the idea is to reinforce again and again, you will believe that it is your own idea and you will make the decision to execute it.

They are everywhere, from a religious leader to your real estate agent to the late night host of the 1900-xxx-xxxx shopping channel you have been watching. At some degree, they all have influenced your choices and perhaps made you wish you go to church more, or pressure into investing in a property that you don’t really like, or buy another frying pan or exercise equipment just like the one you already have in storage, collecting cobwebs.

When it is used in a bad way, we will have news like cult members being brainwashed doing mass suicide or terrorists voluntarily as suicide bombers. However, when used in a different context, influencers can be an important person in your life.

An influencer can drop the tiniest idea in your mind and allow it to fester for some time before adding reminders every now and then to feed the tiny idea into a big one. When using this method in a good way, they can motivate you to work towards a common goal or simply to let you believe you can achieve that goal. 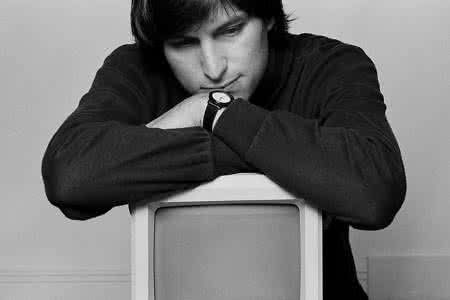 I will alert my sales team of their target this month and follow up, week by week, I will share where the team stands. I don’t stop there. During the process, positive and upbeat words are chosen carefully to motivate. So the target is never ‘half empty’ but ‘half full’. It is never ‘why you haven’t done enough’ but ‘you are almost there!’

Planting a tiny seed in one’s mind that they are great is a lot harder than to whisper in their ears that they suck. Humans tend to believe themselves negatively. We are just built this way, to believe the worst of ourselves, it’s nature’s way to make sure we keep on improving and evolving. However, when someone is being told that they are great and fabulous long enough and consistently, that someone will eventually believe that he is great and fabulous. The lower the self-esteem the person has at the start, the longer it is to convince himself but it can be done.

This Thing Is Awesome

I always tell my friends, the greatest influencer is the salesman who sells ice to Eskimos, convinced them they need it. I have managed to convince and convert all my loved ones around me to change their mobile to iPhones because I only do FaceTime videos and calls. FaceTime is a proprietary software of Apple who makes iPhones. I kept gushing about how easy iPhone is to use and how wonderful the device is. Soon enough, people started to purchase it based on my reviews. This is the same method that my sales team uses to convince their customers that they need to get one themselves too!

Inspiring someone to look up to you and follow your footsteps is not difficult. You just have to take the lead. When the influence is strong enough, the someone will only believe the greatness in you and you can do nothing wrong.

Nothing wrong in being influenced by someone positive. He or she might be a mentor in your life and guide you through difficult decisions. Do you have someone like that in your life? Share with us how this person influences your decisions.

28 replies on “The Power of Influencers”